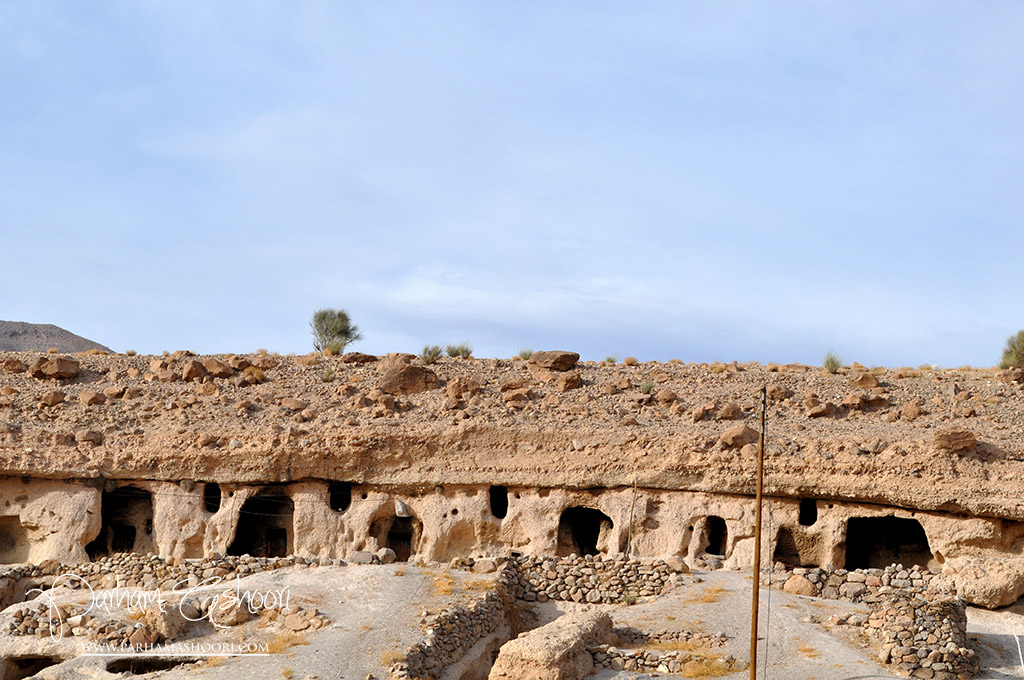 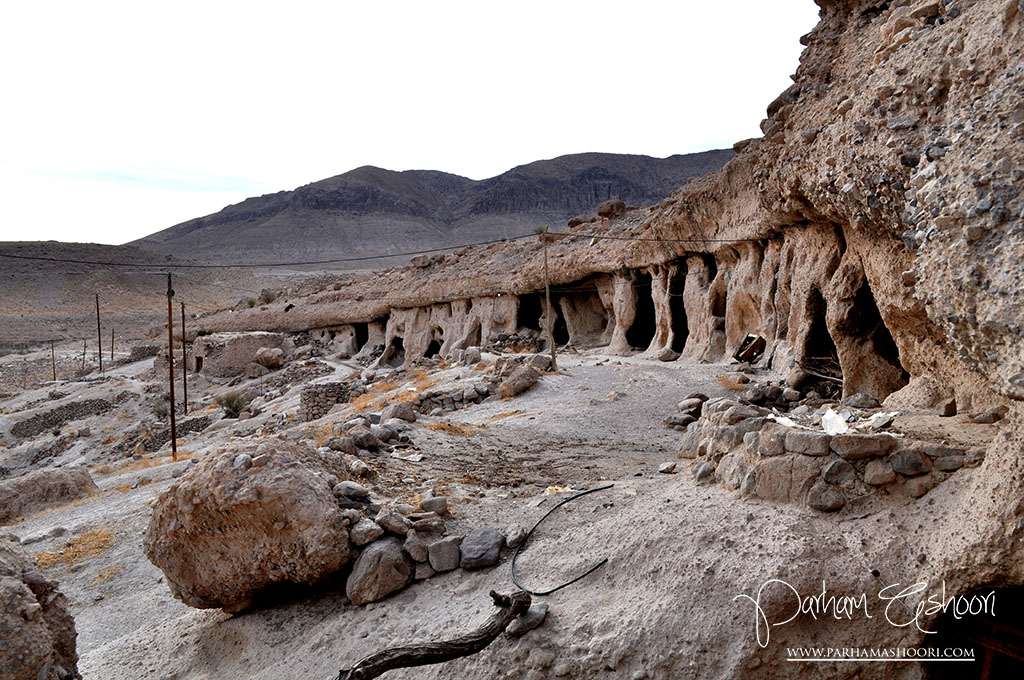 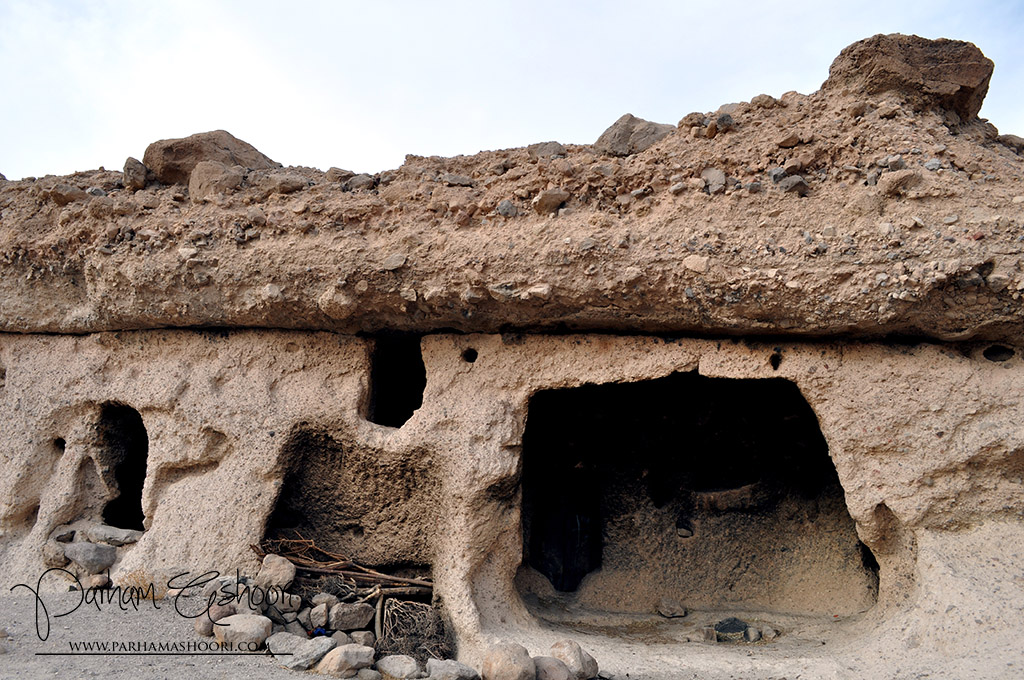 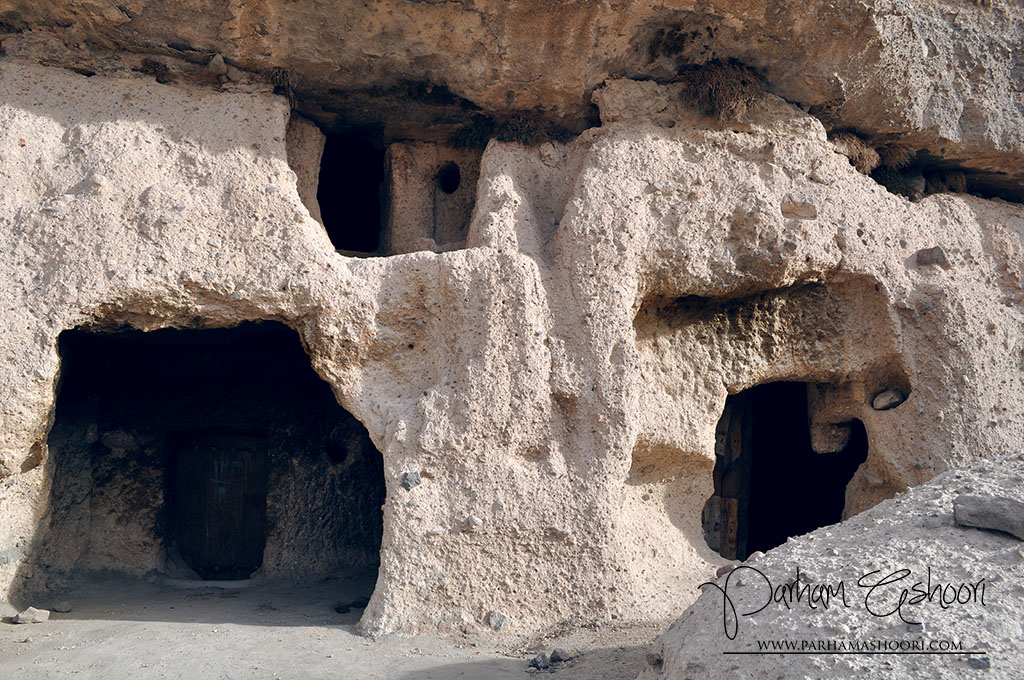 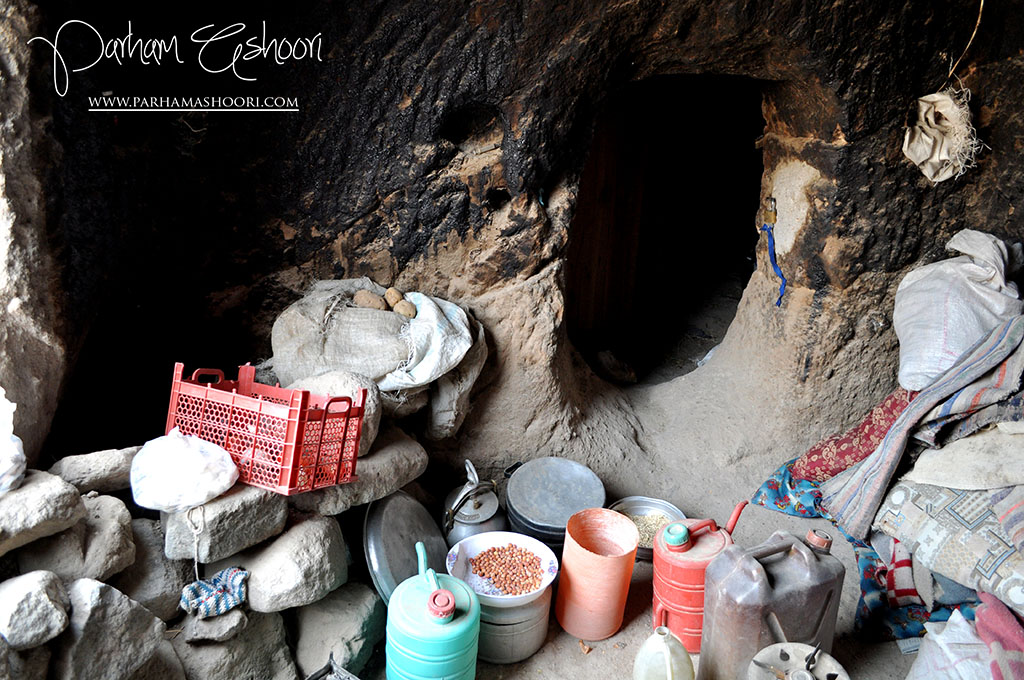 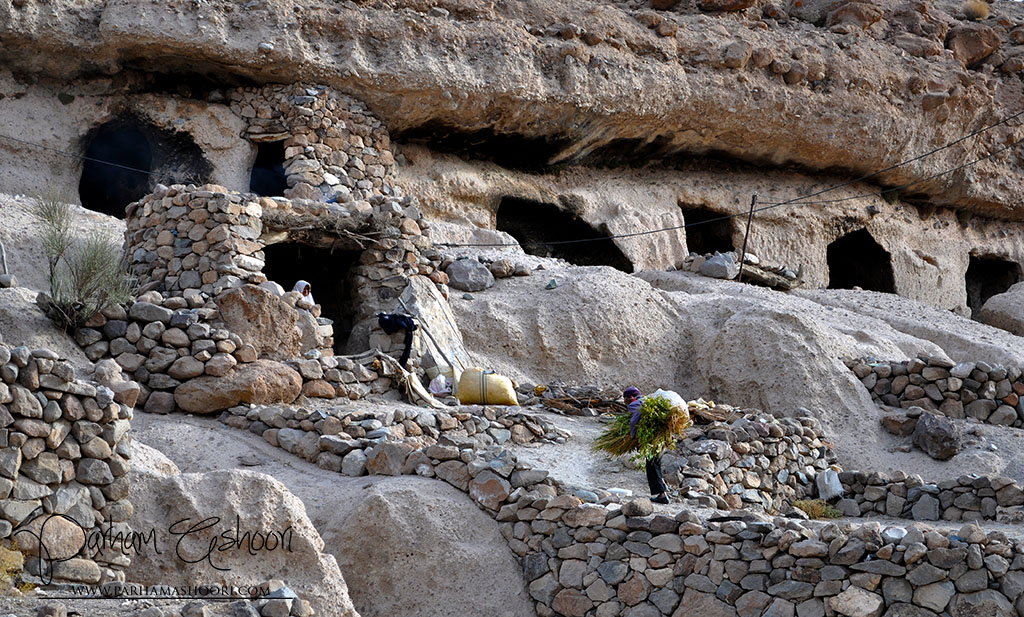 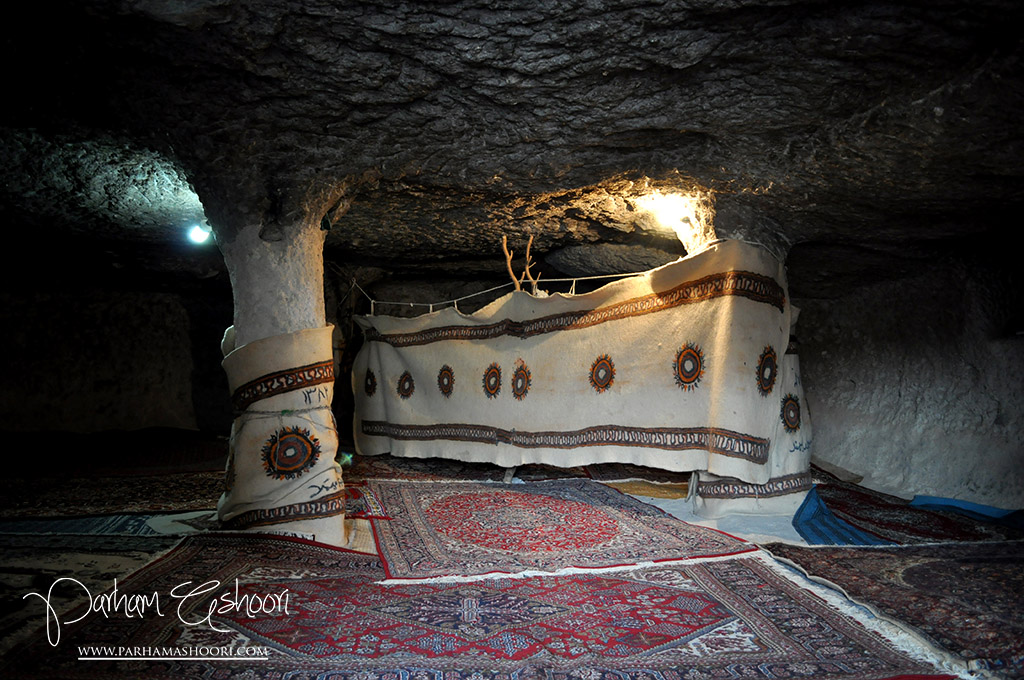 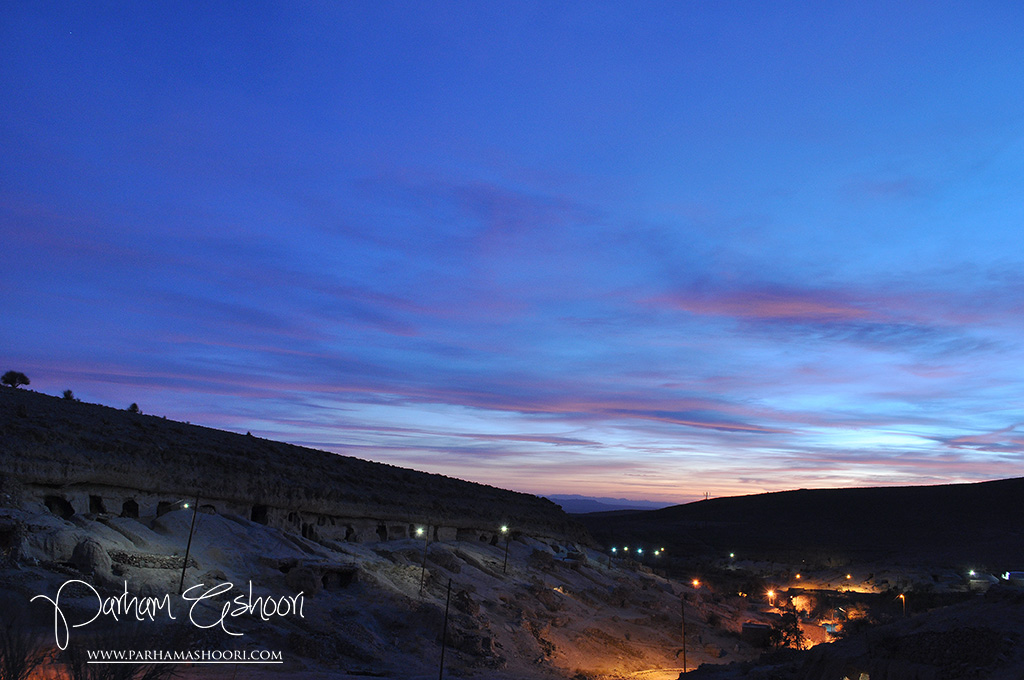 Maymand is a very ancient village which is located near Shahr -e- Babak city in Kerman Province, Iran and  believed to be a primary human residence in the Iranian Plateau, dating back to 12,000 years ago; it is still home to nearly 150 people (most of whom are elderly), many of whom live in the 350 hand-dug houses amidst the rocks, some of which have been inhabited for as long as 3,000 years. Stone engravings nearly 10,000 years old are found around the village, and deposits of pottery nearly 6,000 years old attest to the long history of settlement at the village site.The local language contains many words from the ancient Sassanid and Pahlavi languages